On a cool December day, I stepped out my front door and walked 3 miles to downtown Orlando. I took with me a camera, a voucher for a free meal at a restaurant, and a can of pepper spray just in case the neighborhood pitbull Cujo was off his leash again. I could have taken my bicycle, but I chose to go slowly to see what might present itself to me.

A walk is often just a walk. But a photo walk — a walk with a camera — is more like a safari. It is a meditation, an exercise in paying attention, a hunt. It is a drill of making ourselves available to what comes our way. It is not unlike hanging a “we’re open” sign in the window of a business, which is a metaphor that was not lost on me when a man asked me if I wanted to buy some drugs.

“What’s good?” He held out his fist. I gave it a bump. “You ain’t looking for nothing?”

I waved him off and kept walking, but he followed along next to me like any street salesman worth his salt.

How many friends have I lost to drugs? Jackie, in my house. Mark, in his house. Damian — my older brother — on some residential street not far from here…

I wasn’t expecting my walk to turn so dark so soon.

It seems like I get a lot of offers in the neighborhood.

Just last week, while I was on my morning run, a man in a white SUV pulled up next to me, rolled down his window, and — in what I understood to be a proposition — flicked his tongue at me as if he were a snake.

Henry David Thoreau wrote that “Two or three hours’ walking will carry me to as strange a country a I expect every to see.” But for me, it takes but twenty minutes to step into a strange, new world.

Walking is, along with our senses, one of mankind’s cardinal privileges. But in Orlando, as in other parts of the state and country, walking seems to be a misfortune, a disadvantage, a damn shame, a proposition for illicit sex, an offer to buy drugs, a flirtation with death.

Alex Wolfe in his newsletter Sun Song wrote that “Florida leads the nation in pedestrian related traffic deaths and injuries. [. . .] Orlando, specifically the Orlando-Kissimmee-Sanford Metropolitan area is consistently ranked the most dangerous area in the country for pedestrians. [. . .] Orlando is deemed unwalkable, but I’d argue you can walk anywhere. It’s just a matter of how much risk one can manage.”1

This is the city I live in, a vast, concrete deathtrap a few miles away from the “Happiest Place on Earth.” Orlando, Florida. A.K.A. “The City Beautiful.”

My Dominican cousins say, invariably to themselves, “I live where you go on holiday.” I suppose I could say the same thing to them, but it seems as much a lie as it does a truth. As in the Dominican Republic, it is not hard to find squalor, suffering, and want a few blocks away from the swimming pools, manicured lawns, and palm trees in Orlando.

I’m trying to find the beauty in this city, not drugs or death.

I cut through an old neighborhood, its streets canopied by branches of oak trees from which hang moss like the beards of old men, when I stop to admire a pileated woodpecker drilling into a hollowing trunk. “Woodpecker,” I say to a guy riding a bicycle. “A big one too,” he replies as his bike rattles by. The bird continues its attack on the tree and I remember last year, while on my morning run, I saw a woodpecker drill into my neighbor’s windshield so hard that it shattered. Maybe it is the same bird.

Downtown Orlando is a typical American downtown. And by that I mean it is not what we imagine a downtown to be. By day, it feels like the set of The Walking Dead, empty. At night, the streets turn into a block party. It is showing signs of being a “real” downtown, with a growing number of residents and amenities that don’t involve getting sloshed in sticky-floored bars. But it still has a long way to go for me to take it seriously.

Orlando is a city without a nucleus. It is a body without organs.

“The fault-finder will find faults even in paradise,” says Thoreau.2

I take photos of buildings, a tree, a street sign. Not because they’re beautiful, but because they’re meaningless; and through the act of my photographs and my experience of them, they might become meaningful. 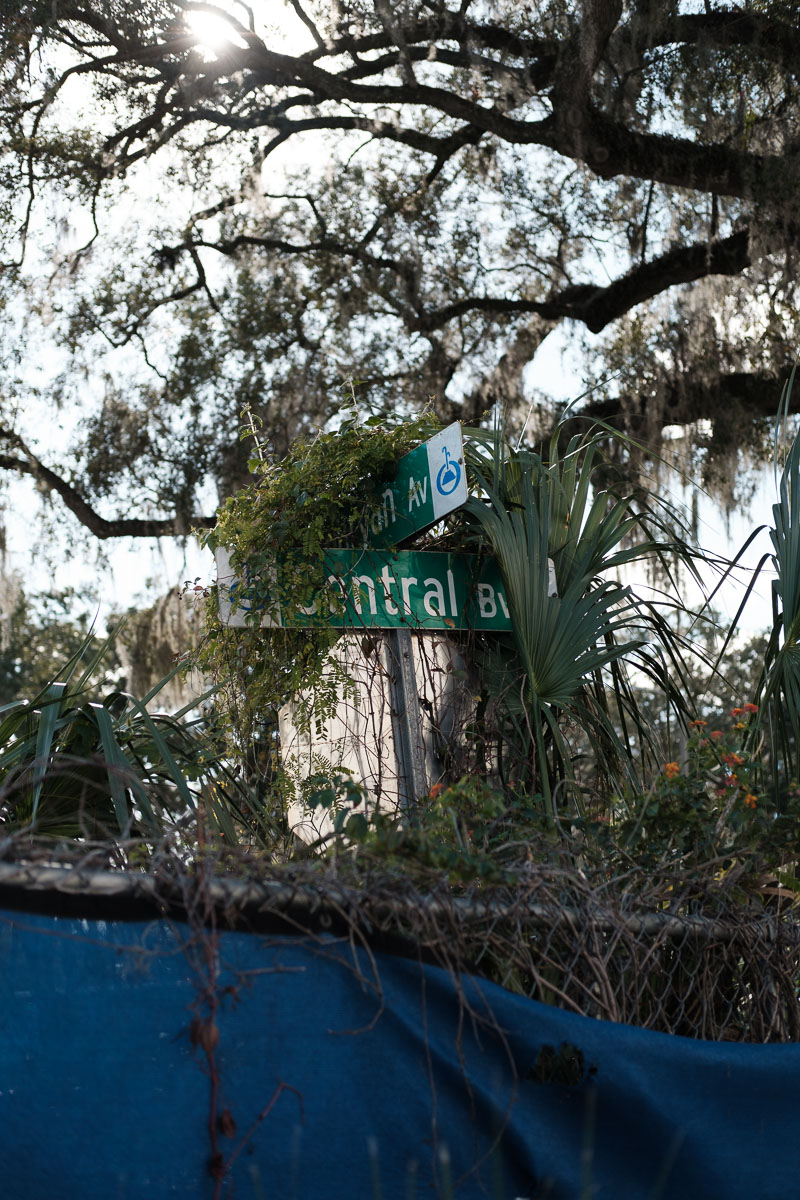 I redeem my meal voucher and walk around downtown some more.

I contemplate coming back at night, sitting at a bar, and waiting for some stranger to pull up a chair next to me. But last time I did that, a drunk guy threatened to punch me “in the face.”

I can’t resist comparing Orlando to elsewhere, but I should try. It is unfair. It is its own place, no matter how much it isn’t a nice as Seville or London. Anywhere is better than here. “The place you haven’t seen is heaven.”3

In a letter to his nephew Peter, Thomas Jefferson wrote that “Traveling makes men wiser, but less happy.” He said this in part because travelers “return to their home as to a place of exile and condemnation. Their eyes are forever turned back to the object they have lost, and its recollection poisons the residue of their lives.”4

Nostalgia functions in the same way. As do notions of paradise. They are but mirages we can get close to, yet never quite reach.

“Such ideas could only be a distraction from the possibilities of the real,” Pico Iyer writes.5 One of the points he brings up in his new book The Half Known Life is that when we dream of elsewhere, when we ascribe Paradise to another place — anywhere but here — we’re removing ourselves from the here and now and preventing ourselves from appreciating the special nature of the environment we’re currently in.

“The fault-finder will find faults even in paradise.” 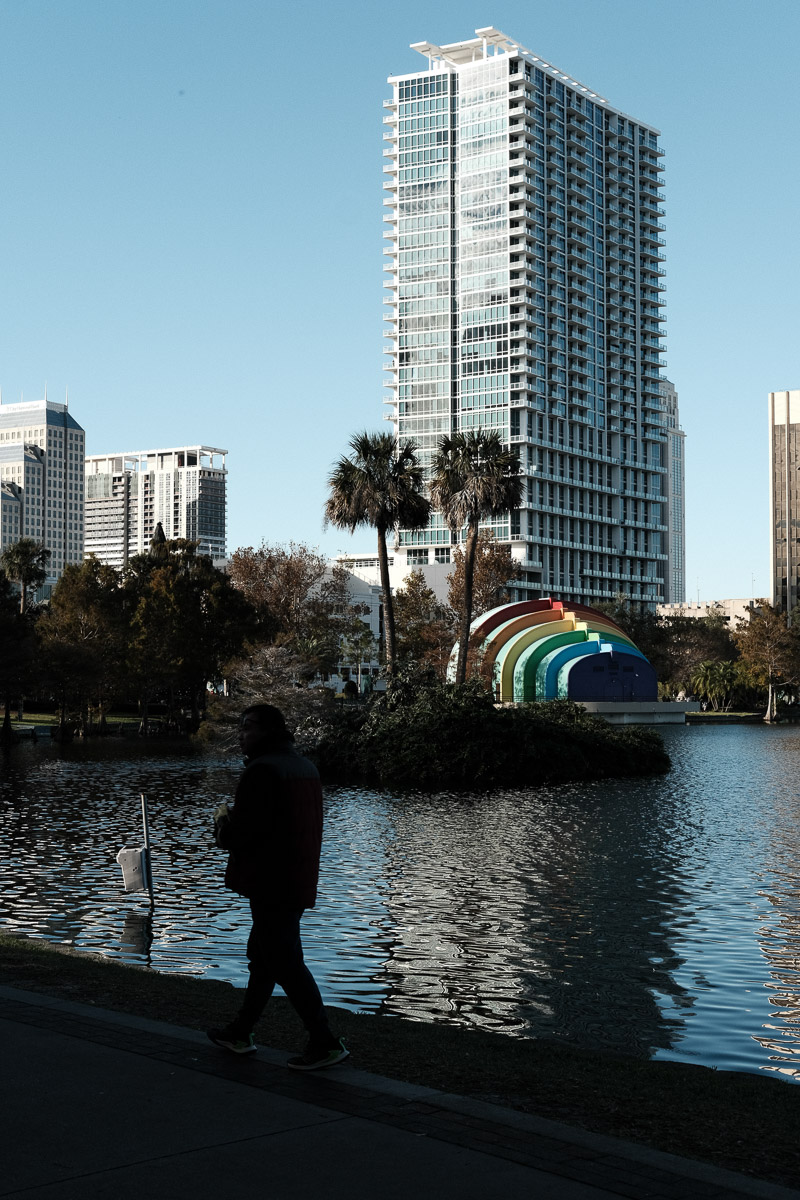